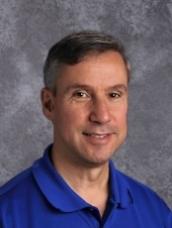 I am the AFJROTC Senior Aerospace Science Instructor.  I began my aviation career at Aviation High School in New York City, which is a vocational school for aviation maintenance.  I then attended Embry-Riddle Aeronautical University and completed Bachelors and Masters degrees in Aeronautical Science.  I am still an active pilot after 39 years, with over 5,800 flight hours.  I hold Airline Transport Pilot ratings in both single and multi-engine aircraft and a jet type-rating on the Beechjet 400.  I am a retired USAF Master Navigator with over 6,200 flight hours in RC-135, T-43, and E-4 aircraft.  During my time in the Air Force I participated in the Cold War, and in Operations Desert Shield, Desert Storm, and Southern Watch.  Subsequently I flew in Operations Provide Promise, and Deny Flight (Bosnia), and the Global War on Terrorism (GWOT).  For three years I was an aviation instructor at the United States Air Force Academy.  I am a graduate of all three professional military education schools: Squadron Officers School, Air Command and Staff College, and Air War College.  After retiring from the USAF in 2006 I started a new AFJROTC unit in New York, then I flew business jets for Jetlinx in Omaha for a year.  I simultaneously worked as Chief Pilot at the Flight Training Center at Offutt AFB, and was later approached to run the AFJROTC program at PHS.  I am in my eleventh year teaching here.

Plattsmouth Community Schools does not discriminate on the basis of sex, disability, race, color, religion, veteran status, national or ethnic origin, marital status, pregnancy, childbirth or related medical condition, or other protected status in its programs and activities and provides equal access to the Boy Scouts and other designated youth groups. The District shall provide an employment, teaching and learning environment free from sexual harassment. The following person has been designated to handle inquiries regarding the non-discrimination policies: Superintendent, 1912 East Hwy 34, Plattsmouth, NE 68048, (402) 296-3361, who may delegate this responsibility as needed. Complaints and grievances by school personnel, job applicants, students, or parents regarding discrimination or sexual harassment shall follow the procedures for Title IX, Title VI, Section 504. Not Responsible for information found by linking beyond this page. E-mail addresses are for use by staff, parents, and students relating to school business only. Solicitation is prohibited.
Copyright © 2002-2022 Blackboard, Inc. All rights reserved.